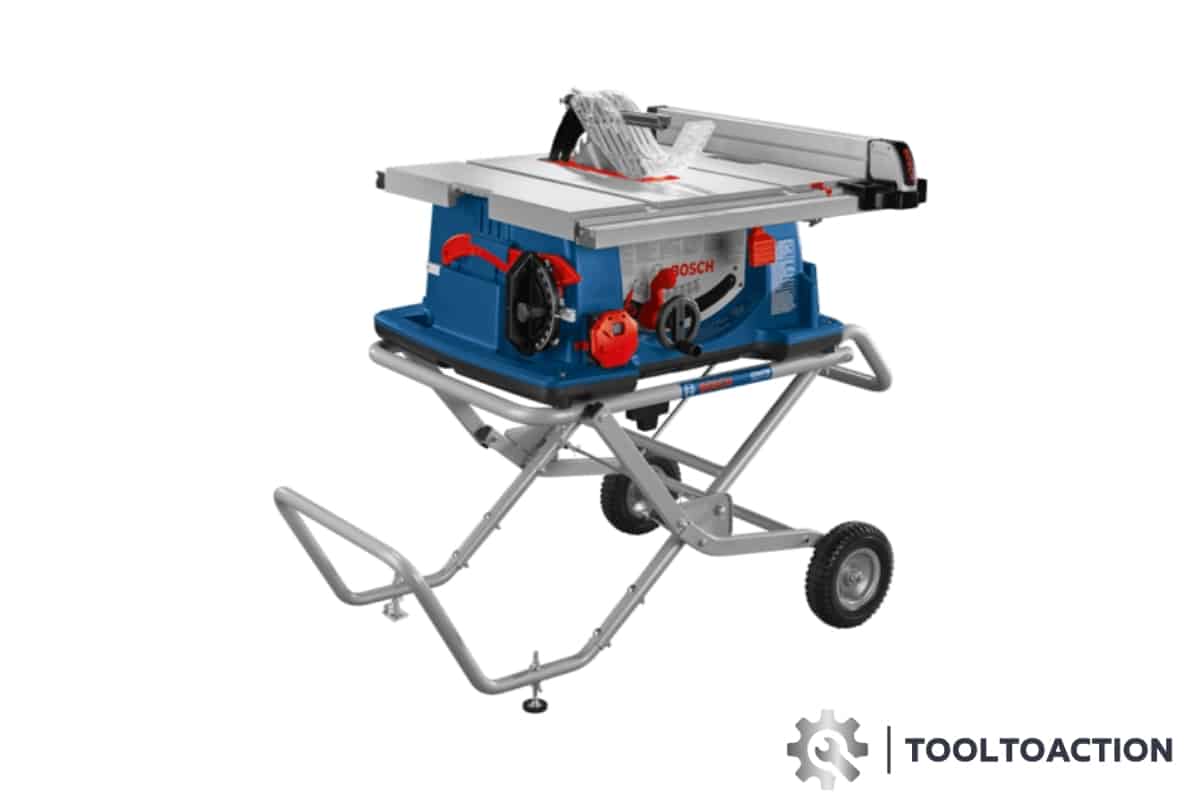 When I’m looking for a table saw, I most often turn my gaze towards professional quality brands. For heavy, daily use there’s really no substitute and the saw needs to be mobile enough to get around the jobsite as well.

The Bosch 4100-10 is a 10” jobsite table saw, made for professional use. Bosch’s reputation among those who use tools for a living is great, and I decided to get a more in-depth look at this particular model.

As a jobsite saw, it’s lightweight and designed to be easily moved around in debris-strewn areas. But did it make the cut? Let’s dive in and see.

What to Look for in a Jobsite Table Saw

While table saws are simple tools, for the most part, but they’re also heavy. Many are permanently mounted to steel frames, which is fine if they’re in a permanent place in the workshop but not suitable for the realities of a construction site.

They’re also handy for generalized handymen, who may have a less specialized collection of tools than most construction workers. It’s simply the fact that they’re easy to stick in the back of a truck or van and move once you’ve arrived.

If you’re intending to use a jobsite table saw you should look for the following:

With all of that in mind, a jobsite table saw isn’t the best option for people who want a stationary saw. Stationary saws tend to be more accurate, but a jobsite saw has the advantage of taking up less room if you’re already cramped for space.

The Bosch 4100 is a contactor’s jobsite saw, and it does well living up to the brand name. If you opt to purchase one you’ll have the following:

The accessories that come with it let you use it out of the box once assembled and aligned. The latter part is important for this saw, a lot of users have stated it’s a bit difficult. If you’ve never had to do it before then you can learn here.

As a professional quality tool, the Bosch 4100 is also rather expensive. I’d say it’s worth the cost of entry for daily use, but your opinion may vary depending on how often you need it. It’s most suitable for framing, rather than being a hyper-precise saw for ripping cabinets.

For the at-home hobbyist, it may be better to look and see what you’ll be able to get for the same price in a stationary saw. For the professional, on the other hand, it’s definitely field-worthy.

A 10” blade is standard for most table saws, and the Bosch 4100 fits the bill there.

More important is the cutting capacity, which is equal to 3 1/8” on a straight cut. It will cut up to 2 ½” at 45°, which makes it possible to miter cut 2x4s. I’d say it’s quite sufficient in that area, meeting the same standards as the majority of table saws in the field.

The Bosch 4100 has a rip capacity of 30”. It’s enough for plywood, but unfortunately, it does lag behind many other saws at the same price point. Keep that in mind if your main purpose is cutting down sheets.

For the end-user, it’s important to consider what sort of lumber you’re cutting. The saw isn’t large enough for big timber like 4x4s, but it’s a winner if 2x4s and ripping plywood is what you’re after.

This saw runs off of a 15A motor, which is sufficient to cut through most hardwoods without an issue. The no-load RPM speed of 3650 isn’t the highest around, but RPM matters little compared to the actual cutting power of the saw.

The circuitry behind the saw is designed to keep the blade moving at an even speed through the workpiece. It works quite well with both soft and hardwoods, slowdown is rare and usually caused by user error rather than the saw itself.

With plenty of power delivered through the advanced circuitry, the Bosch 4100 is great in this area. It’s billed as a workhorse saw, and on that end it delivers.

By their very nature, a jobsite table saw will never be as precise as stationary saws. This isn’t a cabinet-making saw if that’s the route that you’ve chosen to go down.

On the other hand, the small inaccuracy found in the saw doesn’t matter in the slightest for the majority of tasks. For framing or other general construction tasks, it meets the mark.

The miter gauge is also a bit sloppy. The variance still isn’t a problem for larger construction but if you’re trying for an extra precise mitered frame you may want to find a more appropriate saw.

The saw cuts smooth and the fence is usable even by a complete beginner without much thought. For the most part, the rest of the saw is also well designed including the vacuum port and onboard storage.

The biggest mark against its user-friendliness is in aligning the fence. Many people report the fence was significantly off when they received the saw and it required adjustment to cut straight using it.

A newbie may find the adjustments hard, but most professionals will have no issue with it. So, it’s not quite as easy-to-use as some of the jobsite table saws out there, but it’s not difficult to deal with once properly aligned.

The saw and stand weigh in at about 60lbs of combined weight. That actually makes it almost 50% lighter than the equivalent saw from DeWalt. If you’re frequently going upstairs with your tools it can make a huge difference.

Despite their appearance, the wheels are actually solid rubber. They don’t work as well as air-filled tires, but you also don’t have to worry about nails punching holes in them or re-airing the tires.

The Bosch 4100 excels in this area, but the stand itself isn’t particularly impressive. It’s solid enough, but the weight distribution makes it feel a bit flimsy. You can reinforce them with brackets, which seems fairly common among users of this saw.

Overall? It’s a very portable saw, but the stand itself doesn’t feel up to par with the rest of the saw.

The physical “extras” are standard for a professional saw.

However, the electronics on the 4100 are awesome. The first thing most people will notice is the soft start, which brings the blade up to speed over a short amount of time rather than going full blast as soon as the switch is flipped.

It also features constant response circuitry to keep the blade consistent as it cuts, and restart protection.

The electronic features included are a step above most jobsite table saws, and may be worth the purchase alone for some people.

Bosch offers a limited 1-year warranty on the saw, which is significantly shorter than most professional brands.

Their customer service and support don’t have any glowing marks for or against. Most people found the warranty process to be unremarkable in speed and execution.

The Bosch 4100 is a solid jobsite table saw, but it’s not the only suitable one out there. Compare it to the following if you’re considering it. I’ll quickly go over how these ones stack up against the Bosch 4100. If none of my alternative picks are what you’re looking for take a look at my run down of what I believe are the best table saws on the market in 2022.

DeWalt’s tools are always solid, and the DWE7491RS is one of the better jobsite table saws around. When compared to the Bosch it’s mostly in the small details that it excels, such as a sturdier stand and a great telescoping fence.

It’s usually a little bit more expensive than the Bosch 4100, but the real drawback to look out for is the weight. The combined total for this saw is 90lbs, which is a 50% increase over the Bosch 4100. For those who can handle the weight, however, it’s a saw which has the edge in precision and overall build quality.

If you think you can handle the extra weight, why not check it out? For more details take a look at my Dewalt table saw review or click to link below.

The Delta 36-6023 is another jobsite table saw marketed to professionals. It’s got good build quality overall, and that gives it the staying power to work as a professional tool. It meets the minimum when it comes to specs as well, comparable to any other professional saw.

It’s heavier than the Bosch 4100, albeit by only 17 pounds. It also has a good rack-and-pinion system on the fence, making it easy to use. It loses points on precision, however, and at a comparable price to DeWalt and Bosch you should consider if you need the extra sturdiness of the stand or not.

It may be right for the heavy-handed, and it’s always worth looking for yourself. Check it out. For more details take a look at my Delta table saw review or click to link below.

Don’t pass over Skilsaw’s tools just because you’ve conflated them with Skil. While Skil makes budget DIY tools, Skilsaw still produces some legendary saws. They’re generally quite expensive, so you may want to keep an eye out for a deal.

The big difference here is the worm-drive motor, which provides incredible torque to the blade and keeps it from slowing. The motor’s design also keeps it cooler, which helps with durability. All-in-all, it’s a top of the line tool but it’s also almost 95 lbs and Skilsaw tends to put a dent in your wallet.

If you’re willing to pay a premium for high-quality, then check it out. For more details take a look at my Skilsaw table saw review or click to link below.

Overall, the Bosch 4100 is a great choice for those working in the construction industry. It’s lightweight, powerful, and durable which makes it an excellent choice as a jobsite table saw. You just have to be aware of its limits in precision. It’s an excellent saw for framers and in other industries where tiny fractions of an inch don’t count.

Sound right for you? Take a look for yourself! 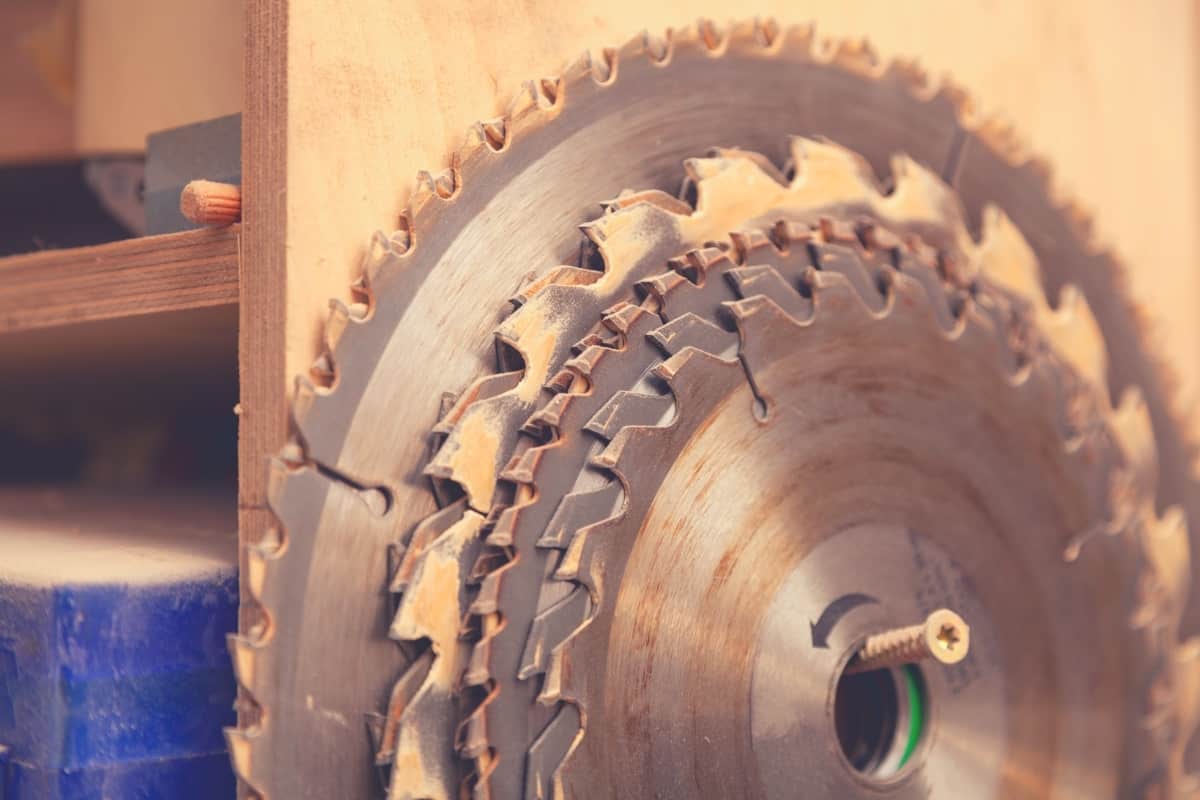 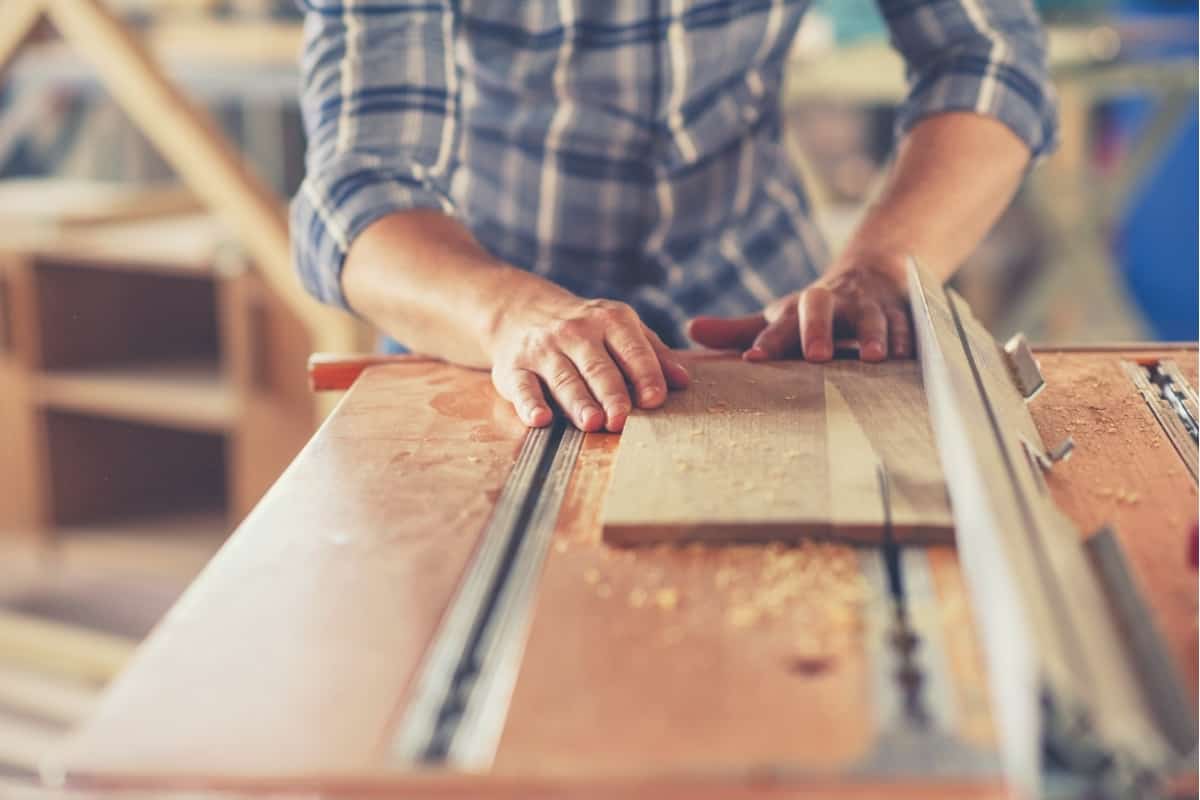 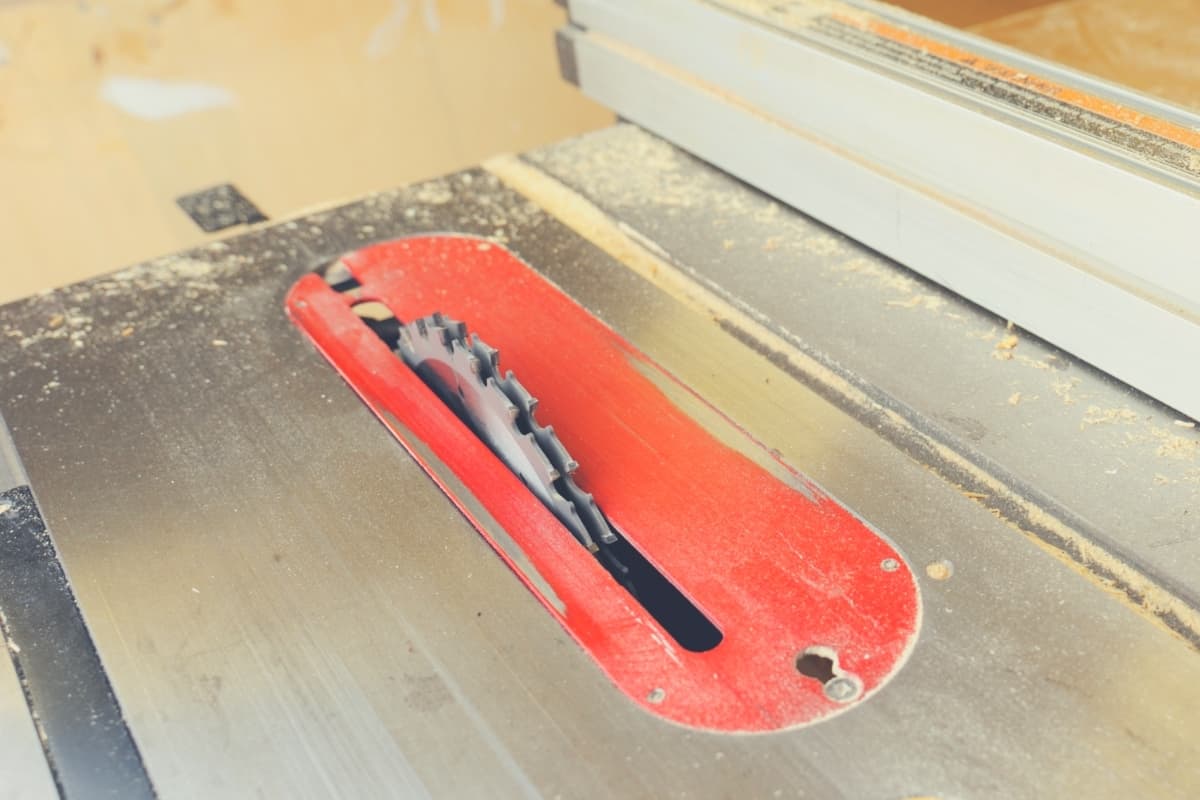