Sliding vs Non-Sliding Miter Saw – Which Is Best for Me?

What you need to know when making the decision between a sliding or non-sliding miter saw. What they do well and what they could do better. 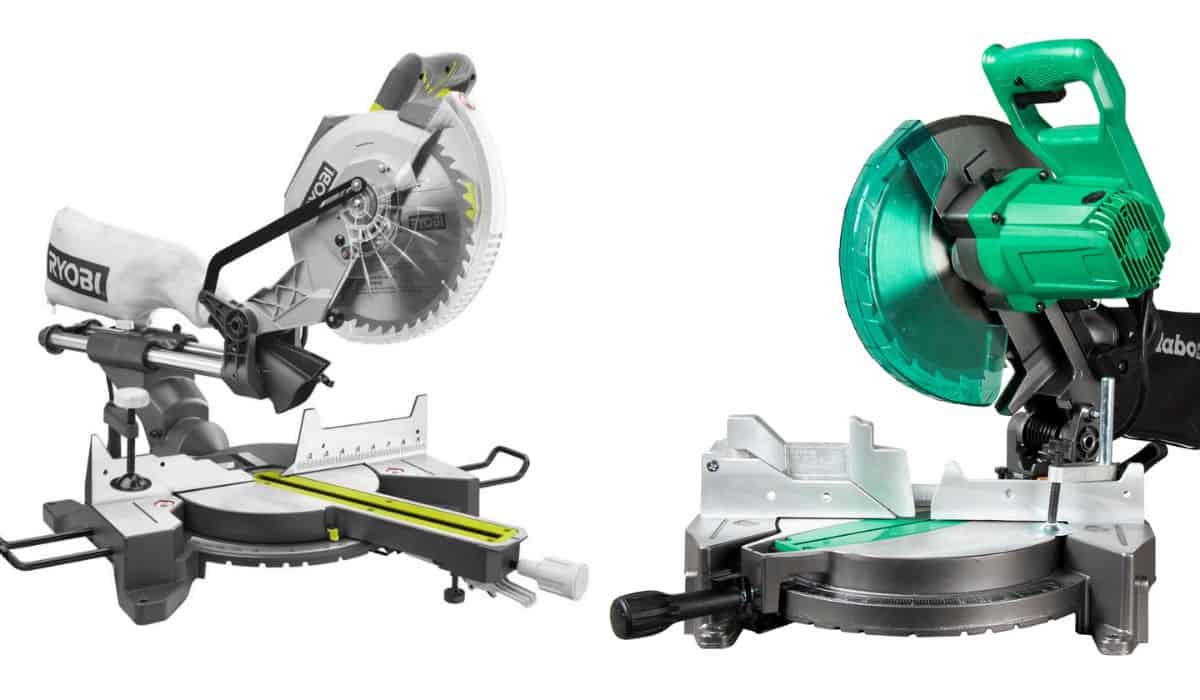 In this article, you’ll learn all about the sliding vs. non-sliding miter saw problem. Both saws could potentially be excellent additions to your collection, but your situation may dictate for one more than the other.

Have you decided that you’re ready to add a miter saw to your collection, but you’re unsure what features you want? The sliding feature that some miter saws possess is one of the most useful, but these sliding saws come with their own set of challenges, too.

Miter Saws: Why Do You Need One?

A miter saw is a tool that’s excellent for making exact cuts in wood. In particular, miter saws are great for angled cuts, bevel cuts, and other straight cuts that would be difficult with a circular saw or jigsaw. While sliding and non-sliding miter saws have a few different features, keep in mind that you can do virtually the same things with both types of saws.

On the other hand, household miter saws are not designed to cut vast pieces of lumber. They’re also not incredibly portable, though some miter saws are more portable than others. Instead, miter saws are most useful for building small structures like sheds, playhouses, shelves, or anything else that needs lots of short, precise cuts.

However, if you’re low on cash, you don’t actually need a miter saw. You can make the same cuts with a table saw, circular saw, jigsaw, or virtually any other type of saw. You can even buy a hand saw for miter cuts if you need to. The benefit of the miter saw is its convenience and speed; nothing else will give you angle cuts at the same rate.

You may or may not know this already, but miter saws usually come in 10-inch and 12-inch sizes. The only functional difference between the two is the size of the lumber they can cut. The bigger the blade, the more it can handle.

However, keep in mind that saws with larger blades will cost more to maintain in the long run. Larger saw blades mean a higher price to pay for those blades, and if one saw blade size is more in-demand than the other, that can make them more difficult to find in stores, too.

What Is a Non-Sliding Miter Saw?

For example, if you wanted to build a structure that uses small angles – like an art piece, for example – you would want the cutting freedom that comes with a non-sliding miter saw.

While sliding cuts usually glide through the wood from front to back, non-sliding miter saws cut through from top to bottom. While you likely wouldn’t be able to tell the difference between both cuts if you looked at them side-by-side, the blade on a non-sliding miter saw can often wear out faster because it encounters more resistance from the wood.

What Is a Sliding Miter Saw?

A sliding miter saw, as you might have guessed, is designed to move both up and down as well as back and forth while cutting lumber. Because of this, it can handle broader cuts of wood – a 12” blade can often take lumber up to 16” wide. However, the trade-off for this is a more expensive, heavier saw, and one that can’t cut unusual angles as well.

If you’re a homeowner, for example, that typically only needs to cut 2×4 or 2×6 pieces of lumber, you don’t need a sliding miter saw, as those sizes are well within the capabilities of a non-sliding model. However, if you plan to build more complicated things that require non-standard lumber sizes, or if you’re a woodworking professional, you may want to have the sliding miter saw on hand instead.

Imagine, for example, that you’re creating wooden furniture or wood furnishings for your home, like a shelving unit or a floating live-edge shelf. If you only had a non-sliding miter saw, you would need to use several narrow wood pieces to make your shelves. With a sliding miter saw, though, you could cut one piece of wide limber to the size you needed quickly.

Additionally, don’t forget that, because of their long, extendable stabilization arms, sliding miter saws are better for cutting long pieces of lumber, too. For example, if you were building a custom wood swing set for your kids, you would need to work with very long pieces of limber that a non-sliding miter saw might not be able to balance correctly.

Additionally, a home builder might balk at the higher price of a sliding miter saw if they’re expecting to pay the same amount as they would for a non-sliding model. However, do keep in mind that you might end up saving a bit of money on saw blades in the long run, as sliding miter saw blades tend to keep their integrity for longer.

Compound miter saws are just like regular sliding and non-sliding miter saws with the addition of bevel adjustment. If you needs something capable of achieving more than simple angled cuts then this is the tool for you.

By adjusting both the miter and bevel angles you can make compound angled cuts. This comes in useful when you need to cut complex trim like crown moulding.

Summing It up: Sliding vs Non-Sliding Miter Saw – Which Is Best for Me?

In the end, regardless of whether you buy a sliding or non-sliding miter saw, you’ll have a device that’s completely capable of helping you get the job done. While each saw is suitable for a different person, when you pare it down, they both do the same thing: help you make efficient, precise angle cuts on lumber quickly and easily.

What’s your opinion on the question of the sliding vs non-sliding miter saw? Have you owned one or both of these tools? If so, leave a comment below about whether you could live without one, which one you use more, or which you would buy if you were given a complete do-over. 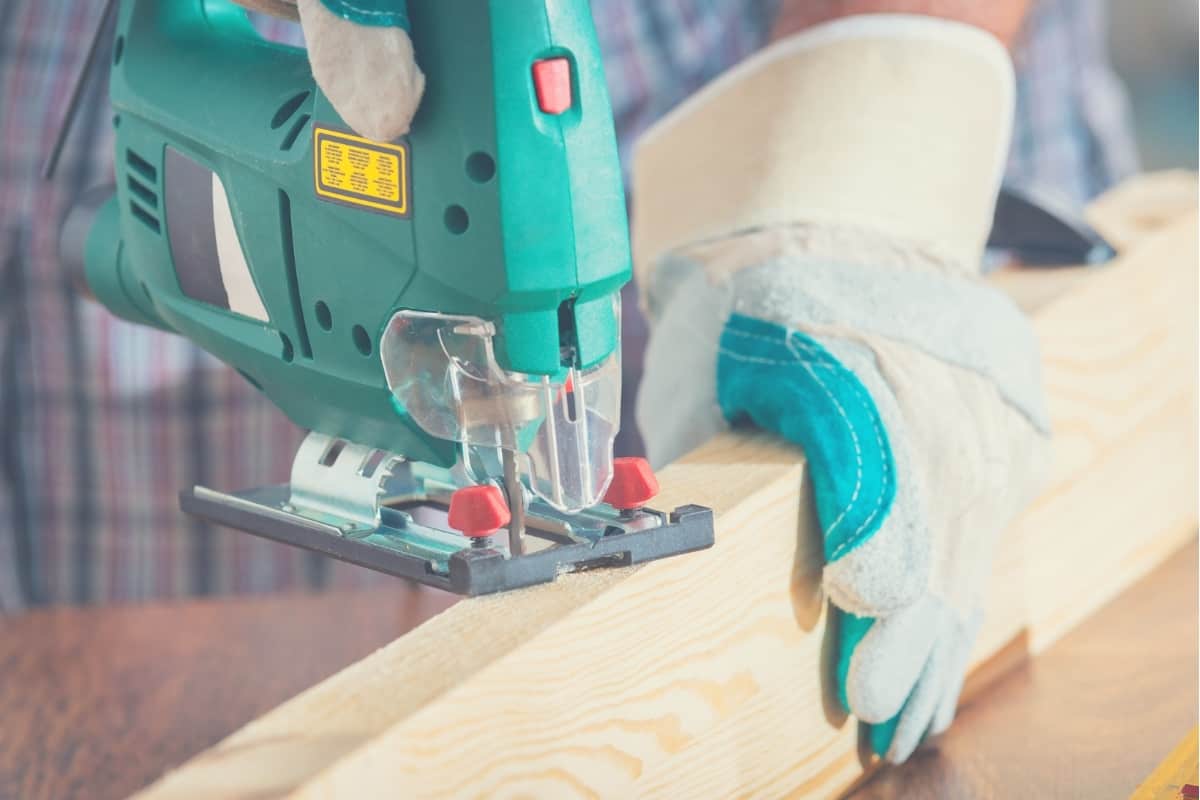 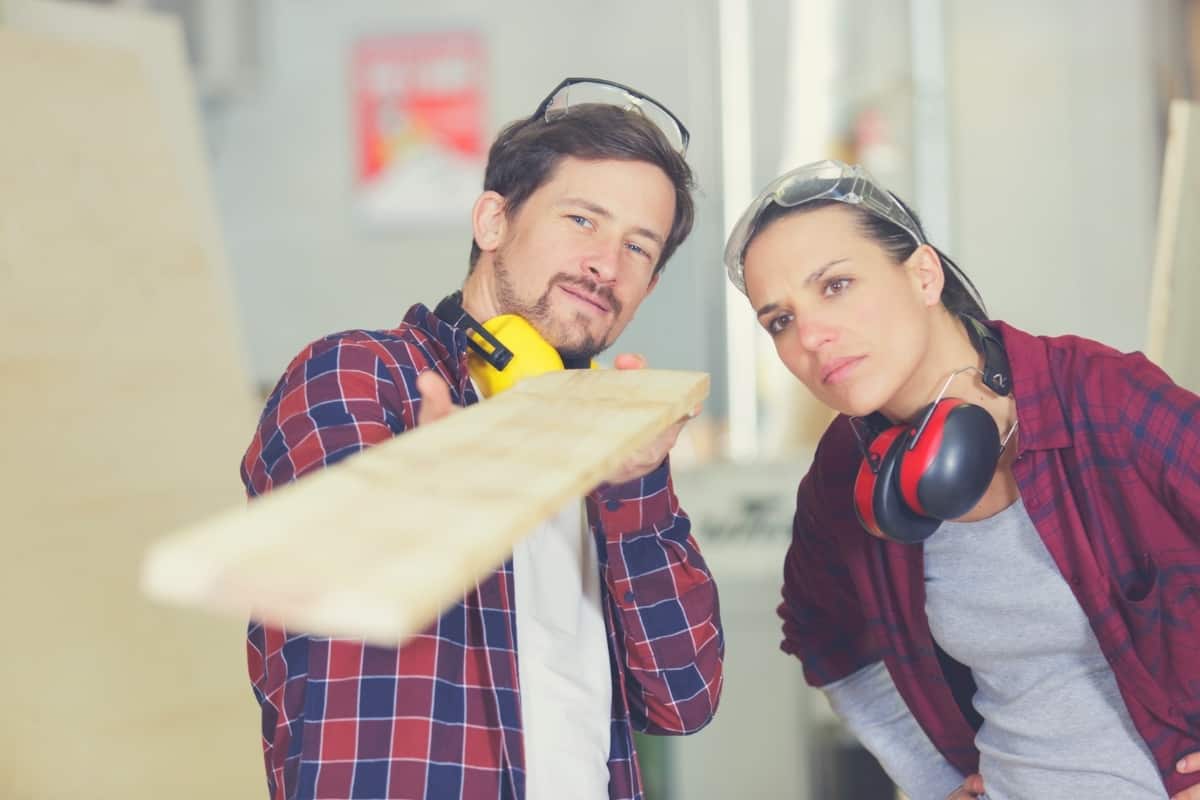